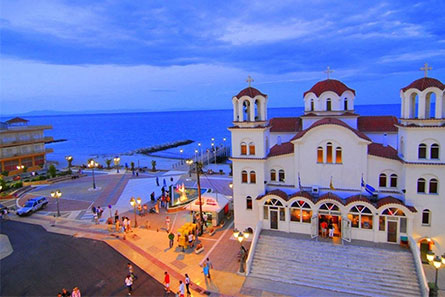 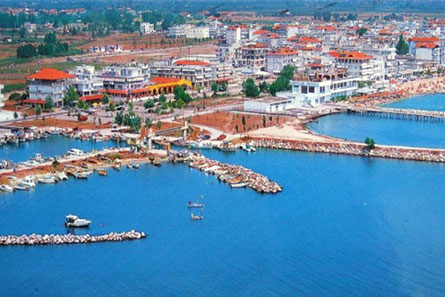 Katerini is a city in Greece, located in Macedonia and it is the capital of the prefecture of Pieria. The homonymous municipal district has, according to the 2011 census, 85,851 inhabitants. It is located on the Pierian hill, between the Pieria Mountains and the Thermaikos Gulf, at an altitude of 14-45 m. It is located 68 km far from Thessaloniki, which has proved beneficial for the development of Katerini in recent years. It is a transport hub and is crossed by a modern motorway (National Road 1).

It is unknown when it first existed as a town. Many travellers, such as Leake, and in maps from the 13th century (1264), mention the town as Atera (station or polisma Hatera) and many saw an impact of that in the current name of the town (Katerini – Katera – Katera – Hatera – Atera). The same conclusion was reached by Pukeville, who marked the place on a map as Kateri Hatera. Heuzey estimated the location of ancient Atira near Kontariotissa, while Kurz places the town somewhere between the present-day settlements of Korinos and Kallithea.
Another hypothesis refers to the chapel of Agia Aikaterini, which is located east of the city, where the old cemetery is located. The images in the church date back to 1831 and it is possible that there was another church earlier in the same place.

The town appears under the word name Ekaterini or Agia Ekaterini in the language of the bureaucracy until the beginning of the 20th century. Eventually the name Katerini prevailed.