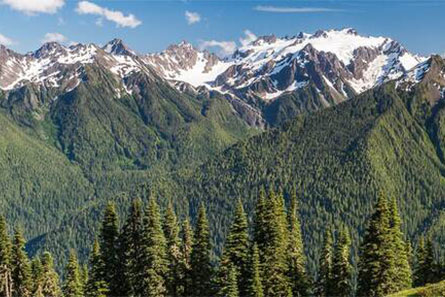 Mount Olympus is the highest mountain in Greece, known worldwide for its mythological significance, as the residence of the Twelve “Olympian” Gods (Mytikas-2.918 m) according to the religion of the ancient Greeks. It is the second highest mountain in the Balkans, but also in the entire European region from the Alps to the Caucasus. Its compact massif dominates imposingly on the borders of Macedonia and Thessaly, with a series of high hilltops carving deep gorges, around which extends an area of particular biodiversity. For the protection of this unique heritage, it was declared Greece’s first National Park as early as 1938.

Every year thousands of nature lovers visit Mount Olympus to admire the charm of its nature and to enjoy hiking its slopes and conquering its peaks. Organized mountain refuges with a variety of mountaineering and climbing routes are at the disposal of visitors who want to explore its beauties. A classic starting point is the small town of Litochoro at the eastern foothills of the mountain, 100 km from Thessaloniki, where every summer the Olympus Mountaineering Marathon ends.